Where the Weirdness Lurks 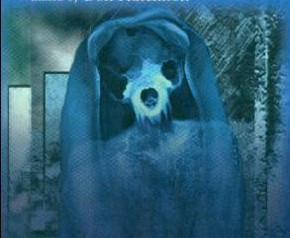 In the course of pondering the question of whether or not I write “weird fiction,” I have been forced to delve deeper into what makes my work weird.

My preconception of weird fiction probably begins with Lovecraft and his Great Old Ones; tentacle horror of the sort Michael Shea wrote so effectively in stories like Fat Face and I, Said the Fly. In my unpublished book, House of the Empty Stare, I certainly explored the sort of bizarre picaresque that Clark Ashton Smith first visited in the 1920s and that Shea buffed to a high gloss in Nifft the Lean.

A bit of that sensibility carried over into my story, “Razorwings,” which got a great review by one of the most underrated writers in the weird pantheon, Brian McNaughton – author of the neo-classic, Throne of Bones. (for anyone interested, I’m planning to release a Razorwings story cycle immediately after The Carnivorous Forest).

Although I started working in the horror genre in the late 80s and remained in the field for almost 15 years, I’ve always had a bit of a love/hate relationship with the horror genre and its over-reliance on tropes. I’ve always bemoaned the genre’s lack of tolerance for anything that doesn’t fall into one of the well-defined and (for me) very limiting sub-genres: vampire, werewolves; demons; zombies; mad scientists; ghost stories; and slasher/serial killer. I realize that there are other monsters, but everything seems to circle back to these same categories. Sure, you can write about marine creatures, skin-walkers,
or multi-cultural monsters; but if you want to sell more than a few thousand copies, you’re pretty much forced to fall back on the familiar. 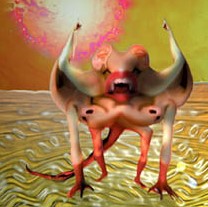 Weird/cosmic horror offers an alternative path, but not one that has produced many breakout books, and even weird horror tends to be governed and handicapped by the Lovecraftian model.

“Weird fiction” is not bound by the same expectations. For me, there are a number of different criteria that can push a work into the weird fiction category. It is often marked by stylistic experimentation; absurdism, surrealism; and magic realism work tends to reset the definitions of reality. Pushing open the gates of perception a little further than usual. Sometimes the differences between our world and the world of the story are extremely subtle, and sometimes, they’re blatant – taking place in strange worlds and alternate universes with unusual class structures and social mores. Even the physical universe is transformed. 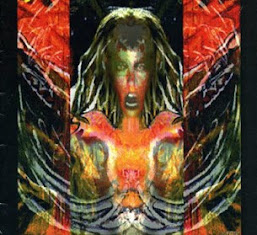 The concepts I have found myself subconsciously staking out in my own fiction are essentially the inverse of cosmic horror. The invaders don’t come to our world from a distant universe. They come from elsewhere in our world into the most sacred of places – our minds. I was adding up the stories this morning and realized that more than half my work involves the concept of at least two minds sharing a single body. My ghosts don’t haunt houses, they haunt people, getting into the protagonist’s head and trying to take over. This is not an radically new concept, since demonic possession is itself a bit of a horror trope.  My stories have lots of different outcomes, but as often as not the ending circles around the notion of negotiated co-existence – coming to terms with the stranger who is trying to take you over.

We’re each in our own fragile little universe. Learning to sustainably co-exist in a confined space may be one of the toughest challenges we ever face. But it’s hard to relate to a whole world unless that world/those worlds are contained within each of us.

weird fiction looking within the human mind
Psychedelia Gothique - Dale L. Sproule
I write literature of the fantastic. My short story collection, Psychedelia Gothique is mostly psychological horror. My just released novel, The Human Template is available through most online book retailers - and book two of the diptych, The Carnivorous Forest will appear in 2021. https://www.dalelsproule.com As a book reviewer I have written for Rue Morgue Magazine and AE Science Fiction. As a visual artist, I have illustrated books and magazines and have carved numerous sculptures out of stone.