Showing posts from May, 2019
Show All

May 14, 2019
This post Includes Game of Thrones Final Season Spoilers After reading the A Song of Fire and Ice books, I started following Game of Thrones. Been watch faithfully since Season One Episode One. Subscribed to HBO for ten years to get where we are now.  The last few episodes have rendered the entire exercise a colossal waste of time, money, and talent.  Game of Thrones  has become instantly outdated and irrelevant. The show runners can talk all they want about having planted the seeds of what the Mother of Dragons would become from the beginning, but the point is, Daenerys, as played by Emilia Clarke, evolved and the writers didn’t.   The world we live in evolved and the issues we care about changed dramatically over the past 25 years. But the show runners chose not to adapt along with it. They made no attempt to weave our moral awakening into the storyline, instead, choosing to be blind to the forces and deaf to the voices that have blossomed in our society   since then.
2 comments
Read more 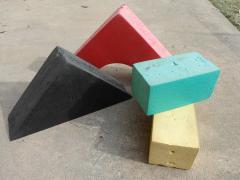 Not all writer’s blocks are equal. Sometimes they are all inclusive – dictating that your mind will shut down as soon as you try to write anything. This is the famous blank page syndrome of classic writer’s block. Some stop you from writing altogether while others thrive on misdirection – allowing you to write, but sending you down the wrong paths (more like labyrinths than huge walls or electric fences). There are more writer’s blocks than there are writers and everyone you face is likely to be different. So there cannot be one cure for writers block. For me, writer’s blocks are more likely to be project specific – they come as a direct result of having worked myself into a corner. It’s almost impossible to get enough distance to see what I have done to create the problem for myself. And problems you can’t perceive can be very hard to solve. When that happens, you need to find workarounds to get yourself going again. During my fourth draft of my Work In Progress, I
1 comment
Read more
More posts