Showing posts from October, 2012
Show All

Out of the Nether

October 15, 2012
Getting double-workshopped tonight. Book 1 - containing the first 6 chapters of my novel in progress, Out of the Nether...38,000 words. My regular workshop, the Cecil Street Irregulars get the first kick of the cat at 8pm. Then at 11, I go online with my friend John's screenwriting workshop in California...and they get to have at it. By November they will get hit by another 20,00 words...and I'm aiming for another 20k by Christmas. I'll beat them down through sheer exhaustion if nothing else. If you'd like to critique along with the workshopping pros...here's Book 1, Chapter 1. I'll put up a link to the rest of book one after I've had a chance to digest the workshop comments and make necessary changes. POST-WORKSHOP REFLECTIONS: Ironically this chapter I have posted is the one most likely to undergo major revisions in the next draft. 6 chapters were submitted to the workshops. Chapter 6 was the least polished. There were scenes missing and frankly, I kne
Post a Comment
Read more 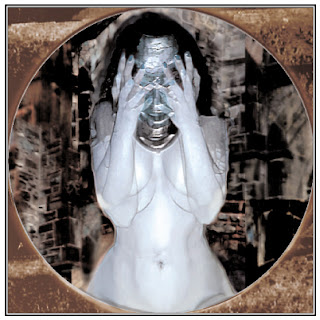 I've only managed to get one story published in Tesseracts . I'm pleased that the one time it happened, the story became an Aurora Award finalist.  I've also done a screenplay of this in the hopes of it becoming a short film, but that hasn't happened yet. This Illo was originally the cover of the Gemma Files chapbook Heart's Hole , but I thought it works nicely with this story. MEMORY GAMES by DLSproule      She grabbed Daniel's fingers as he unfastened her jeans. His hands were cool, almost cold. Even though he was little more than a shadow, she could see his eyes glinting in the starlight. Moonlight. More. A glare of headlights swept into the bedroom from the street, catching Daniel in their photographic flash.        Something about his visage looked wrong.        Celine said, “We should talk first.”      His arm turned to stone, refusing to be moved. “Why're you starting that again?”         Celine shrugged and began rebutton
Post a Comment
Read more
More posts