Showing posts from August, 2018
Show All

Lessons from the Agent Trenches: 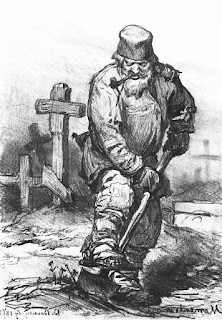 It took about a month for me to really appreciate this observation: “Crafting queries that jump out of slushpiles is not a challenge to be taken lightly. ” My original query clearly didn’t catch anyone’s attention. I thought my second one was killer, but it’s apparently no more compelling than the first one. If I was being rejected at the “Partial request” or “full request” stage, I might blame the story – but getting sorted out at the pitch stage is more likely a test of one’s pitch writing skills than one’s novel writing skills. But wait! As a former radio and ad agency copywriter, I spent fifteen years of my life selling things in thirty seconds or less. I should be all over this challenge! When I first started this process, I thought that my challenge was to take my complicated concept and reduce it to a paragraph so that the pitchee (that’s a more fun and versatile word than agent or publisher) could figure out the plot from my description. But I suspect I
Post a Comment
Read more

August 14, 2018
It was such a big deal. Having voiced announcements for Vancouver Transit, homegrown superstar Seth Rogen was voicing a series of announcements for the Toronto Transit Commission. Injecting a bit of levity and fun into a dreary subway commute couldn’t be a bad thing, could it? The first few days after they were supposed to go live, I heard nothing at my regular subway stops. Caught the tail end of an announcement a few days later, but it was like the last few words, going quiet just as I hit the bottom of the stairs. But today, I heard my first announcement from start to finish. I don’t know what I expected. This is the TTC after all. I’ve had my hearing tested in the last few years, and despite all the rock concerts and headphones and heavy equipment I’ve been exposed to over my lifetime, the Doctor said my hearing was fine. So I can only surmise that everybody else in the station heard pretty much what I heard. By the light, rising and falling tone of the vo
Post a Comment
Read more

August 12, 2018
Immediately after finishing the last draft of the novel, I started questioning myself. Is there something wrong with the opening? I convinced myself that there was. After all, I was pretty confident in my actual query letter and the only thing other than that that I’ve sent to all five agents is the opening five pages. I decided immediately that they suck and started replotting the entire first 150 pages of the novel to fix it. This is bullshit, as reflexive as falling in love with the first person you meet after a breakup. Because in point of fact, even if they do suck, it’s too early to tell from the agent’s reactions. Their lack of response could be due to all sort of things – but three weeks in, is far too early to tell. I should not be assuming anything at all yet. Now that I have fixed all of the trouble spots I earmarked as I was approaching the end of the last draft, I need to wait, and reflect, and judge what's there on its own merits. And it certainly wouldn'
Post a Comment
Read more

August 05, 2018
While I was working on my novel, I came to a passage that reminded me of a breathtaking description of this very thing – in my story “Roots of the Soul,” which was the inspiration and the source of the ideas and characters in  Avenging Glory . I rooted around and found my contributors copy of  North of Infinity  – the 1998 anthology where the story first appeared. Re-reading it, 20 years later, I was dismayed that the passage I remembered so fondly, was really quite awful. In fact, the whole story was badly written - essentially a bunch of neat ideas, blocked out to give it a rudimentary dramatic arc. But the idea was great. In the 90s, I also turned it into a screenplay and pitched it as  Dark Woods , to a very nice and open-minded producer at BravoFact. She took the time to critique it – and gave me the opportunity to repitch it, a conversation that went very well, but ended with her telling me that she couldn’t see it going any further until I found a director to work with.
Post a Comment
Read more

We Used to Wait

August 03, 2018
The Arcade Fire song, We Used to Wait, got me thinking about how electronic submission has changed the way we live our lives from day to day. The sweet anticipation has gone missing! When I first started submitting stories for publication in the 80s, there was a fun element of suspense to the proceedings, once I got four or five stories in circulation. Everything was done by mail. The top publications, like  Asimov’s, Alfred Hitchcock’s, Ellery Queen’s  and  F&SF  maintained turnaround times of a few weeks with a maximum of around six weeks. Everything quickly settled into a rhythm, where I was averaging about one response per week. With 10 or 12 stories circulating at any given time, very few weeks went by without getting some sort of response in the mail. Slower publications – usually high end literary magazines and small press magazines, could take as long as six months. Very few publications had longer return times than that, and my stories usually sold before I got to the re
Post a Comment
Read more
More posts