Pan-Taxonomic Relationships and Other Quirks 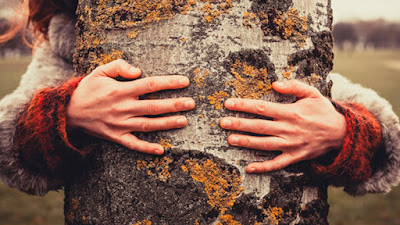 In the 20th century, a mainstream or genre book that was purported to contain lots of sex was pretty predictable. 75% of that sex would be homogenous and heterosexual, created largely for the coveted 21-34 year old white male demographic. Playboy and Penthouse were major taste makers of the day. Another 20 per cent or so would be just as homogenous and heterosexual and intended to titillate women from 30 to 54. Think Valley of the Dolls. The rest was aimed at literary and cultural niches with writers like Henry Miller and Anais Nin leading the charge (again mostly male, heterosexual, and relatively unadventurous). Within the smaller niches hid all sorts of lesbian, gay, bi, fetish; any sort of sex that was considered marginal was frowned upon - if not criminalized at the time, so discretion was mandatory.

Books and stories that explored sexuality within that context were pretty brave. Great stories by the likes of Joanna Russ, Ursula Le Guin, James Tiptree Junior and Samuel Delany. Consider that it was more accepted in the mainstream for a man to be attracted to a young girl (ie: Lolita - not to disparage Lolita as a literary work) than for him to be attracted to another man. There was the odd straight white writer who contributed something of value to the conversation. I'm thinking of John Varley with his The Ophiuchi Hotline.

At various points through the evolution of my own work in progress, I’ve been tempted to market The Human Template as a YA book (The characters are youthful and over the course of the two books, there is plenty of colourful action, coming of age issues, and no small amount of “what is the meaning of it all” philosophizing.) but I realized it's too overtly sexual to get away with that. Sex is so thematically embedded in the work, it comprises the "inciting incident" that gets the whole story rolling.

For me, the centre of the book lies largely in the narrator's difficulty dismissing his sexual identity even after it has become irrelevant and chemically inexplicable. Sexual identity being one of the key issues of our times - I am pleased with the allegory of this person trying to free himself from the outmoded and unnecessary bonds of sexual identity. Book One touches base on straight sex, gay sex, virtual sex, S&M and manipulative sex. Book Two features cross-kingdom sex, as well as a main character trained as a concubine.  So, okay fine. It's not a YA.

I was pleased when my oldest daughter found no major stumbling blocks during her sensitivity read of book one and I think I have managed to soften my male gaze enough to make it work for female readers.

Book two has similar (but different) challenges and I hope it makes it cleanly past my sensitivity reader (don't worry, Sheena, it will be a few months yet)!

sex
Psychedelia Gothique - Dale L. Sproule
I write literature of the fantastic. My short story collection, Psychedelia Gothique is mostly psychological horror. My just released novel, The Human Template is available through most online book retailers - and book two of the diptych, The Carnivorous Forest will appear in 2021. https://www.dalelsproule.com As a book reviewer I have written for Rue Morgue Magazine and AE Science Fiction. As a visual artist, I have illustrated books and magazines and have carved numerous sculptures out of stone.