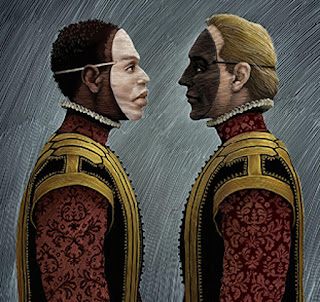 One person's Oscar Wilde is another person's Dr. Seuss.

It doesn’t matter how good a writer is, their work will only appeal to a finite percentage of potential readers. William Shakespeare may be the greatest writer who ever lived, but the language he used – so far ahead of its time that he coined a whole textbook worth of new words and phrases – was pretty dated by the end of the 20th century. Lots of theatre-goers and readers continue to love and appreciate his eloquent voice, but a good proportion of his potential audiences has trouble staying engaged with the now-archaic language. While the Bard effectively addresses the basic shortcomings of human nature, his work can’t be expected to pointedly confront issues more relevant to modern times.

“Nope. That Shakespeare fella’s not for me,” a Mark Twain or Clive Barker lover might say.

The public’s tastes change constantly over time as different challenges face humanity; different issues fill the mass consciousness; different levels of formality and informality become the defaults; and new writers and genres emerge and speak to people’s concerns and whet the mainstream appetite for more of the same.

Years and decades have been spent looking for the next Tolkien, Stephen King or J.K. Rowling…only to learn, if they ever find one, that the original was actually good enough to sate most appetites and what’s really needed is a brand new flavour.

The fantastical genres are going through a period like that now, too late perhaps to benefit Octavia Butler or Samuel Delany, who remained outliers at the heights of their careers; maybe even a wee bit tardy for Tananarive Due, Caitlin Kiernan, and Nalo Hopkinson; but just in time for N.K. Jemisin, Helen Oyeyemi, Charlie Jane Anders and a whole army of new voices clamouring to be heard. Voices that speak first hand on issues of race and sexual identity that affect their everyday lives and dominate newsfeeds.

The straight white male viewpoint on these issues is inevitably out-of-touch, horribly over-exposed, and probably irrelevant. The only voices that should matter or that can connect with readers concerned with these issues are the voices of people who have been or still are in the trenches; genres, writers, styles, and voices that were long neglected are finally getting a well deserved time in the spotlight.

Writers who are not benefited by the shifts in the marketplace need to come to terms with the fact that now is not their time and that they need to battle to have their voices heard; and they may never succeed – just as women writers have had to fight for every inch for hundreds of years, and writers of colour have had to do since…pretty much since Gutenberg.

Now the traditionally priviledged writers need to rise to the challenge – to produce something so compelling and relevant that readers will be inspired to hunt our books down and tell their friends about them. We need to draw inspiration from Jane Austin, Maya Angelou, Mary Shelley, James Baldwin, Toni Morrison…and have something valuable to contribute to the conversation while being the best writers we can be. We need to earn rather than inherit our place at the table. And we need to do it without whining. After all, who would listen? Who has any reason to listen?

Get the scoop on my new novel, The Human Template at https://dalelsproule.com.
white priviledge
Psychedelia Gothique - Dale L. Sproule
I write literature of the fantastic. My short story collection, Psychedelia Gothique is mostly psychological horror. My just released novel, The Human Template is available through most online book retailers - and book two of the diptych, The Carnivorous Forest will appear in 2021. https://www.dalelsproule.com As a book reviewer I have written for Rue Morgue Magazine and AE Science Fiction. As a visual artist, I have illustrated books and magazines and have carved numerous sculptures out of stone.