“Growers” and “showers” are terms that are most often used to reflect penis length. Showers are the wysiwyg guys. What you see when they are not sexually excited doesn’t change significantly when they are. Growers are guys who start small. They were the boys who hated going into the showers with they other guys because sometimes their packages appear very tiny indeed. But these are the ones who show the most impressive growth when erect, generally lengthening by 4 centimeters (2 inches) or more from one state to the next.

A recent twitter topic I encountered made me realize that the terms could also be used to describe the way writers lay down their early drafts on the page. As far as I could tell, about half the people seemed pretty much satisfied with what they produced in their early drafts. If the first draft is equivalent to the flaccid state, there are lots of writers who are pretty much ready to go after the second or third draft. These are the showers. What you see right out of the gate is pretty much what they’re going to send to the publishers and agents when the book is done.  Sure there will be plenty of polishing, but the growth is in barely visible increments.

Growers, meanwhile, need six or eight or ten drafts to reach the point where they have a serviceable manuscript. The improvement can be mindboggling.

This allegory, when applied to writing, is not accurate in the same way the sexual terms are. Lots of writers who take many drafts to reach market readiness are actually shrinkers who spew out copious amounts of flabby prose in the early going and spend the next ten drafts honing it to a fine point. Others – like me – are summarisers who put out first drafts that are not much more than lists of what I hope to be able to fill out in later drafts. My sentences and paragraphs get longer and harder to write with each successive draft. Sometimes it doesn’t penetrate my thick skull just how far from ideal a given scene is until everything around it is orgasmically good. Then I find a sad little scene just sitting there like a baby bird in the nest, wanting to fly but afraid to try. And then another. And another. Chapter four, chapter six, chapter seven. I thought I was ready to go, but when I went to send it out, I just experienced another failure to launch.

There’s a fortune waiting to be made by the person who invents literary Viagra. In the meantime, I’ll just keep pumping out these self-pleasuring little blog posts and start on the twelfth draft of part one, chapter seven of the novel. I’m almost ready! Trust me!

Apologies if this blog post rubs you the wrong way. 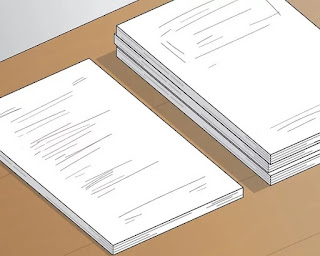