If Math Class was Like Sex Ed, None of Us Would Count Past 10

I never really think thematically when I'm writing blog posts, but sometimes themes just happen. I accidentally open a Pandora's box and the ideas keep coming out - one triggering another and before I know it, I'm writing extensively on a topic.

When I wrote the Showers and Growers blog post, I intended it as no more than a bit of titillatingly and relatable silliness. The thing that surprised me most was the number of people (mostly guys) who had never heard of the concept. I naively assumed that the manner in which different guys ‘present’ would be something that would be taught in Sex-Ed class in high school. After all, there has been quite a flap in Ontario over the past few years about sex ed classes going too far and getting too explicit.

It seemed to me that information about guys’ erections - the full range of what is normal  would be a valuable thing for both boys and girls to learn about as they approach the stage of finding out for themselves and potentially reacting inappropriately. Knowledge of what was actually going on would give most boys more confidence, while lifting the veil and preparing young women for the realities of sex. A guy who appears to be less than generously endowed, could be more than adequate, if not actually impressive as a sexual partner. A guy who is hung like an elephant may not manifest a member the size of a battle-axe that will split women in two like cord-word. A guy who doesn’t grow in length can have great stiffies even if he grows less than a centimeter when he’s stimulated. And a guy who stays small when erect may be a wonderful lover – as long as he can avoid getting psyched out by something as superficial as penis size. It seems to me that these topics are custom made for sex-ed class. It seems worthwhile to make sure our kids aren't traumatized, and don't over-romanticize, or go into sex with unrealistic expectations. Isn’t that what sex-ed in high school should be all about?

Apparently not. When I was 16, my Dad taught me about sex by giving me a book about sex written by a priest in the 1940s and about as innocuous and useless as you might expect. The line drawings of sex organs didn't even offer basic spacial orientation. 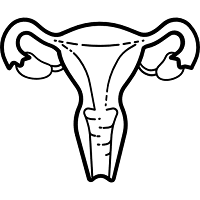 How could things not  change for the better?

Talking to a number of young men about sex ed classes they attended in the 90s and 2000s, I was dismayed to learn that in most quarters, very little progress has been made since the 1960s and 70s. Classes were described as taught by bored gym teachers to keep themselves busy in the last few years before retirement. Classes consisted of watch old movies, discussing STDs and unwanted pregnancies and otherwise avoiding actual relevant content like;

There are hundreds, even thousands of topics that would be valuable, but instead, sex classes tend to cover the same topics as the book my dad gave me, taught by someone who is untrained, uninterested, and frankly embarrassed about the responsibility of addressing the burgeoning phenomenon of sex with such a simultaneously impressionable and skeptical audience.

Sex Ed classes are a good idea, but it's long past time they started teaching something beyond how to avoid sex.

ignorance
Psychedelia Gothique - Dale L. Sproule
I write literature of the fantastic. My short story collection, Psychedelia Gothique is mostly psychological horror. My just released novel, The Human Template is available through most online book retailers - and book two of the diptych, The Carnivorous Forest will appear in 2021. https://www.dalelsproule.com As a book reviewer I have written for Rue Morgue Magazine and AE Science Fiction. As a visual artist, I have illustrated books and magazines and have carved numerous sculptures out of stone.