First job I had out of university was copywriting at a small Edmonton office of one of Canada’s biggest ad agencies at the tail-end of the Mad Men era. My boss was a refugee from the cut-throat Toronto market who just wanted to keep his head down and service his handful of big local clients until retirement. If he was hiding a sordid past, he did it well, being one of the most decent and caring people I ever worked for.

When we lost a major client, I suggested, “why don’t we advertise?”

The look on his face was as though I’d suggested flying to the sun on wax wings. “What? To bring in new clients?”

“Yeah. We tell our potential clients that advertising is essential. Worthy of 10 to 20 per cent of their operating budget. If it’s so red hot and we do it better than anyone, why don’t we advertise our own services?”

There was a long silence, before he responded in measured tones, “Advertising agencies don’t advertise, period.”

“But why? If we’re so good at it and it’s so effective, how can we not do it for ourselves?”

He shrugged, smiled in a warmly patronizing way and said, “That’s just the way it is.”

FLASHBACK to the day I quit Sunday School; when the answer to my question, “But who created God?” was simply, “God always was and always will be.”

Totally inadequate answer to an important question. At least the pastor spent a while trying to explain to my disillusioned 10-year-old self why his was the best answer available. My agency boss just shook his head sadly and walked away. I walked away from that job a short time later, although I stayed in the field – eventually becoming Creative Director at a radio group. 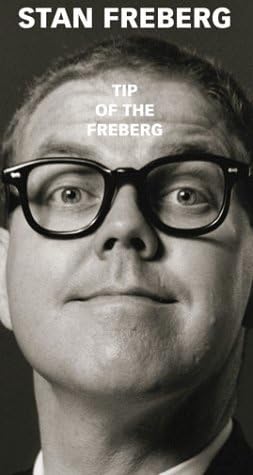 During my first couple years on the radio job, I was introduced to a classic 1964 ad for the Radio Advertising Bureau by Stan Freberg extolling the power of radio to engage the imagination.

That’s what I was talking about! Walk the walk, baby! Make me believe!

Where Shall We Walk?

So here I am, a lifetime later, about to commit myself to the concept of self-publishing. Clearly it’s not the exact same situation. I am not about to start self-publishing books about self-publishing just to prove the viability of the medium. That would be silly. And a novel about self-publishing would be boring. But still, if I’m gonna do it, I need to believe it’s going to work, to treat it as if there’s no doubt, to walk the walk. Which means embracing it and taking full responsibility for marketing my own books.

(If nothing else I believe in the power of failure as a stepping stone to success – so how can I lose, right? Don’t answer that.)

Get the scoop on my new novel, The Human Template at https://dalelsproule.com.
Psychedelia Gothique - Dale L. Sproule
I write literature of the fantastic. My short story collection, Psychedelia Gothique is mostly psychological horror. My just released novel, The Human Template is available through most online book retailers - and book two of the diptych, The Carnivorous Forest will appear in 2021. https://www.dalelsproule.com As a book reviewer I have written for Rue Morgue Magazine and AE Science Fiction. As a visual artist, I have illustrated books and magazines and have carved numerous sculptures out of stone.