Don't Go in the Box!

Harlan Ellison famously denied being a science fiction writer and apparently even walked off radio and tv shows when he was introduced as one. At the time it didn’t make sense to me. He was a frequent guest at SF conventions, had won tons of SF awards, 95 per cent of his work contained SF or fantasy elements and appeared in science fiction magazines and anthologies.

Over the years, his stance started making more and more sense. I began to see the disadvantages of being put into a narrow box.  It’s less a case of allowing yourself to be put there – than it is of being put there with or without your approval or cooperation – subject to all the unfair preconceptions of the reading public.

If you ask the person on the street for their perception of Science Fiction – even in our world where comic book movies rule the box office and everyone is familiar and somewhat tolerant of Star Wars and Star Trek – is that science fiction is formulaic space opera filled with thin characters and incomprehensible techno-babble. Escapist action-adventure for nerds.

If a story takes place more than ten years in the future or offers any hint of an alternate reality, it will be dismissed by many as science fiction. Which is exactly the point; the science fiction label gives readers and excuse to dismiss it as "just science fiction."

Science fiction is far from the only genre box. 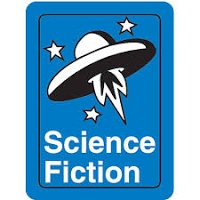 Any book containing magic that is anything more than illusion is usually considered fantasy.

Strangely enough, the more real-world it is, the more cautiously the Horror genre is approached by readers. At its most popular, it merges fantasy and suspense into something that offers harmless roller coaster thrills - with familiar monsters that represent aspects of human nature that are a bit more naughty and forbidden. More challenging modern horror is set in the real world, often with psycho killers, and deliberately pulls triggers and pushes gross-out buttons. Many, if not most mainstream readers avoid the genre just in case it pushes those buttons.

Weird fiction is mostly a mix of the above genres but with fewer tropes and more literary pretensions. Being harder to define, weird fiction (and sometimes horror) novels often get put on the non-genre shelves, where mainstreams readers at least have a chance of encountering them.

While it's quite possible to write fiction that falls into those genres without relying on familiar tropes and formulas, it all gets stuffed in the same box. And God knows that at any given time, the majority of the books published in those genres does contain those tropes; spaceships, dystopias, elves, swords, magic, vampires, zombies, witches. No matter the quality of a novel, if it's easy to categorize, it's easy to dismiss - no matter how brilliant or ground-breaking or literary it may be.

are able to wear their genre labels like crowns. And of course, when any book is considered a classic, genre becomes irrelevant.

Get the scoop on my new novel, The Human Template at https://dalelsproule.com.
fantasy fiction ghetto Science Fiction
Psychedelia Gothique - Dale L. Sproule
I write literature of the fantastic. My short story collection, Psychedelia Gothique is mostly psychological horror. My just released novel, The Human Template is available through most online book retailers - and book two of the diptych, The Carnivorous Forest will appear in 2021. https://www.dalelsproule.com As a book reviewer I have written for Rue Morgue Magazine and AE Science Fiction. As a visual artist, I have illustrated books and magazines and have carved numerous sculptures out of stone.