Are We There Yet? The advantages of a late-blooming career.

Are We There Yet?

As a young writer, I thought of writing a book as a very cut and dried thing. You type the words “The End” on your manuscript and send it to your agent or publisher and soon your book would appear on shelves with a professional and hopefully attractive cover.  If you were lucky, it would come out in hardcover and become available in libraries.

I never factored in the editing, proofreading and all the other things that go into publishing a novel. I remember being astonished when Dean Wesley Smith told me at an SF convention that the “pipeline” from submitting your manuscript to seeing it published direct to paperback was about two years from the time it was sold to a publisher. If you were starting from scratch, the path would be more like two years to find an agent; another year for the agent to sell it; then two more years while it went through the full editing process;  substantive editing, copy editing, proofreading. So five years after typing “The End,” the writer might get to hold a hardcover copy of their book. Then it would be another 10 months to two years for the paperback.  So six years after typing “The End,” if everything went well, your friends and family would be able to pick up copies at the drugstore or supermarket. You might well hate the cover, because authors seldom had a voice in commissioning cover art, but after everything else, that was a minor concern.

Through the latter part of the 20th century, if the book didn’t catch on immediately, its cover would be stripped off and sent back to the publisher and the book would vanish, sometimes in less than a month. If you had two books in a row that didn’t sell, then most likely, nobody would publish your third book.

In contrast, when I self published my story collection, Psychedelia Gothique, in 2014, it took me three months to select and edit the stories, including copy-editing and proofreading. I started the process in August; did my own layout, cover art and design, and the book was available online in POD paperback (I could have done a hardcover if I had wanted one) and e-book formats by the end of October. It sold about 200 copies in the first three months and has probably sold another five (that’s five – not 500) since then. But it is still available in hardcopy or e-book, six years later. Since most of the money from sales went directly to me, I made just over 1,000 dollars, which pretty much covered my costs.

So as I finish the twenty year journey to completing my first novel (I’ve been working seriously on it for about five of those) and take it through a fifth, sixth and seventh draft – I can’t help but look at my seemingly endless quest for an agent and think that if I manage to get one sometime n the next few months, then I am lining myself up for that pipeline and it might take several more years before it ever actually appears. It might never get printed in hardcopy.

Being in my mid-60s in the age of CoVid 19, my odds of living long enough to enjoy any success (even if I defy the odds and the public loves my book and clamours for more) are, as my Daddy would say, slim to none. Now granted, the second book in the diptych won’t take another twenty years –since it’s pretty much already written.  And I should have at least two other books ready to roll out at about the same time.

As opposed to my many author friends who became disillusioned at 35 or 40 after publishing six or eight  or twenty books, I shouldn’t complain.  At least my dream is still alive – and I have something to live for and to strive toward as I race toward my dotage.  A modest retirement income would be most welcome, and I will likely die long before finding out whether I have any chance of my books achieving any sort of immortality. 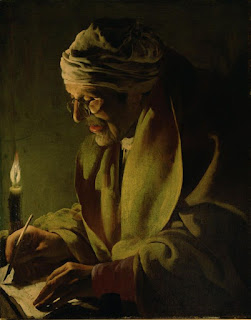 Get the scoop on my new novel, The Human Template at https://dalelsproule.com.
perseverance publishing writing
Psychedelia Gothique - Dale L. Sproule
I write literature of the fantastic. My short story collection, Psychedelia Gothique is mostly psychological horror. My just released novel, The Human Template is available through most online book retailers - and book two of the diptych, The Carnivorous Forest will appear in 2021. https://www.dalelsproule.com As a book reviewer I have written for Rue Morgue Magazine and AE Science Fiction. As a visual artist, I have illustrated books and magazines and have carved numerous sculptures out of stone.