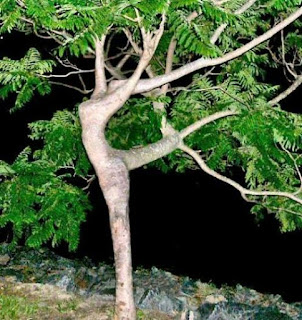 My first experience with sending a novel out to beta readers was a resounding success.

In September, I finished the fourth draft of my novel, The Human Template,  and decided it was ready for beta readers. After comparing prices for different print processes, I discovered it was less expensive to get the manuscript published as a POD book than as bound or even unbound manuscript pages. I had a hunch that the more professional it looked, the more seriously people would take it – increasing their likelihood of reading it. The way everything unfolded reinforced that suspicion.  (Read my full post about the production of beta copies).

Initially I approached eight official beta readers, but several of the people who had read the ms earlier in the process requested hardcopies when available and followed through by answering all my Beta Reader questions. Several random people who saw the POD copies asked to read the book. And a few others came along at some point during the process and expressed an interest – thereby receiving their own beta copies. (Read my post about selecting beta readers).

Altogether, I sent out electronic copies to four readers who requested them electronically: Belinda, Mike, Colin, and Bob. Of those, one responded with a filled out questionnaire. The other three – for one reason or another – have not yet finished reading the manuscript – and since my cut-off date is passed, I don’t expect it from them).

I initially sent POD copies to eight people: Sally, Sheena, Gerry, Paul, Lauren, Silvia, Rob, and Derryl. Along the way, Leann/Paul T., Sasha, Drew, Peter, and Jesse asked/agreed to read it. Full disclosure, more than one of those people were family members and several were good friends.

Of the readers who got hard copies, I got full feedback from all eight who were on my original list and one (so far) who expressed interested in reading it after the process had begun. Many in the latter group received copies late in the process, and several of those have already given me partial feedback based on the first third of the book.

As for the feedback itself – I now completely appreciate the value of casting a wide net.

This is quite different from the workshop experience – when people feel that their entire raison d’etre is to find something to critique. As opposed to the workshop approach of looking for the negative, beta readers almost across the board come at the story wanting to like it, wanting to tell me, “That’s brilliant!” So the feedback focuses on identifying the aspects that prevented them from finding it brilliant. And it’s so much easier to take when the feedback is aimed at helping me achieve perfection than when it’s focused on finding warts and imperfections.

No fewer than three of the beta readers reported being completely engrossed and finishing the book in three days or less. All three of those were eager to read the next book. Another five took a bit longer to read it, but ultimately responded very positively. Several of these had very good observations/criticisms/problems and suggestions to fix the things that didn’t work well for them. All five expressed in interest in reading the next book.  Most of the people who have finished reading it to this point gave me useful, actionable feedback, and all of these readers bolstered my confidence and confirmed my hope that I’m really onto something fun and fascinating with this book series.

Their positive responses mitigated the impact of the serious, and insightful critiques delivered by the two of the beta-readers who detailed the major areas they felt I needed to address in order to help the novel reach its full potential. Most of their comments resonated with me – they felt accurate and perceptive and gave me specific aspects of the novel that I needed to revise in order to maximize the potential of the novel in the marketplace and in readers’ hearts and minds.

But with two independent, skilled and trustworthy reviewers agreeing completely on the nature and scale of the problems – I believe absolutely that the concerns they raised are legitimate and that their suggestions were excellent. I have no doubt that the novel will be immeasurably improved by addressing these problems. (One of these harsher critics was one of the aforementioned family members – who went to great lengths to be objective).

One of the people who didn't respond suggested to me that he had some trouble reading it/getting through it, but wasn't sure it was his eyes and the format or the book itself that had given him difficulty.

One of the beauties of this process is the knowledge that if no more than 3 or 4 out of my 16 readers ran into significant roadblocks (and several absolutely loved it), The Human Template already stands to be better received than most published books – even if I did no revisions beyond a copy-edit.

I Would Absolutely Do It All Again

I don’t know that I would necessarily go with this large of a group of readers with future books. The cost and logistics of getting all those copies out there is fairly high. But I am convinced that formatting and printing them as POD books was a good idea.

It is a RUSH simply having so many people I respect paying so much attention to something I’m working on! Lol.

The message I’ve received is that it’s a solid exciting story that’s really well written…but it won’t be a truly successful novel until I figure out where and when to slow down; and add the needed colour, texture and depth to bring some key sections/aspects to life.

An immeasurably huge “thank you” to all my fabulous beta readers! The next draft is well-underway. All the changes I’m making in book one now need to make their way into the back story of book two. Then I’ll be looking for beta readers once again – and I have most of them already lines up from the first time.