The Era of Object Impermanence 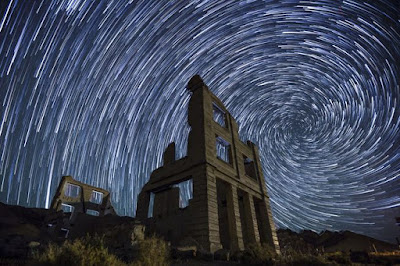 I can tell time by standing on a street corner about a kilometre from my house and watching buses. I know which buses go by and at what time.  Disrupt that schedule by blocking off a single street on any of the bus routes, and it throws off the clock. Knock two of the eight buses off schedule, and it starts tearing into the fabric of reality. Just by living our daily lives, we allow ourselves to become creatures of routine – thus relieving ourselves of the responsibility of thinking on our feet. The tiniest changes in our routines create stresses far disproportionate to their size creating a ripple; a butterfly effect.

Imagine; a cut on my toe slows down my pace so I get to the bus stop late. I miss my bus and don’t make the connections. Starting out five minutes late gets me to work twenty minutes late. The ensuing agitation ripples through the day and results in my firing a staff member who is in Canada on a working visa and the lack of work forces them to go back to their country of origin where they’re killed in a protest rally. This inspires their sibling to join the revolution, where they become the head of a group that overthrows the government. And so on toward global catastrophe.

Ergo; getting too invested in routine can be bad for you. The same holds true for depending on landmarks.

When I was growing up, banks were the ultimate landmarks – symbols of permanence. Stately buildings with vast stone porticos and marble floors and counters and hundreds of employees. Now, banks come and go; mostly go; as long established institutions are replaced by a rows of bank machines in a mall; which are then replaced by websites with no brick and mortar aspect at all. While our downtowns fill with 300 square foot condos; towers rising up and changing the landscape, blocking the sun. We no longer have room for objects and artifacts.

Products that don’t get an immediate foothold in the marketplace vanish just as you get a taste for them. Or even before then. Obsolescence is not just instant, but planned.

And the secret to dealing with it all is to avoid ever developing routine or depending on landmarks of any kind. You need to stay on your toes; be ready to jump up and knock the magic mushroom out of the sky or run along stepping stones that turn to cloud as your feet land on them.

Object Permanence used to be a basic tenet for our continued survival; a fundamental understanding that things continue to exist even when you no can longer see them. But the more virtual the world around us becomes, the less reliable the concept of Object Permanence becomes. It is only through touching and handling objects that infants develop object permanence. So how will that work as babies are practically born with computers in their little hands; as objects and artifacts are replaced by links and images; and words are replaced by emojis?

We learn to reach for things in places they should not be; and sometimes we find them. The more often these hunches are right, the less we depend on our own powers of perception. Living in this state of constant uncertainty creates stresses we humans were not designed to withstand. Quantum computers don’t even deal in reality as we know it -  they deal in probabilities, possibilities. The object we’re reach for  might be here or it might be there; may be as big as a house, or may not exist at all.

Welcome to a world where A not B errors are no longer errors; and we could soon all be reaching for our food in a million different places where it does not exist; even as we slowly starve to death. Of course that’s only one of an infinite number of possibilities. Step right up and lay your virtual money down. The more we know, the more we cannot know.
Get the scoop on my new novel, The Human Template at https://dalelsproule.com.