What Good Are the Keys to the Kingdom Once the Locks Have Been Changed?

Power is the grail, the advantage, the force that propels us to greatness. In real life as in fiction, the quest for power is the driving force behind most action and interaction; the hidden agenda of which no one speaks, but which engages the mind and sharpens the focus and closes the fist. Power comes in many guises; boundless riches; irresistible good looks; fame enough to command respect; the political clout to see your will be done; the power to part the sea and split the sky. So often out of reach; irrevocably fleeting; never quite real, even when you lift the cup and drink its blessings.

Physical strength made men the keepers of the keys – with a monopoly on power throughout recorded history, so much so that true matriarchal societies are considered myth. ‘White’ men have held the keys since the ‘Age of Discovery’ enabled European colonialism to lock down the rest of the world back in the 15th century. After millennia of being born and raised with power as their birthright, no one should be surprised when men don’t cede that power gracefully.

The Trolls and the Lost Boys

Old rules may have worked in simpler times, but Mother Earth has been telling us for a while now that it’s time for the old white guys, to step aside. Women, LGBTQ+ people, and people of colour have hundreds, and even thousands of years of experience being ignored and downtrodden...and ultimately overcoming adversity and surviving through desperate times. No one should doubt that many of them have the right stuff. We need unconventional solutions from people who are proven survivors; and who stand to benefit by changing the rules rather than being in thrall to the existing system.

Despite all the evidence that brute strength is useless against the challenges we face in the 21st century, some men are unwilling or unable to do what is necessary. With power comes corruption, which can become as embedded as the privilege that spawns it. All have a vested interest in maintaining the status quo. They view any non-patriarchal system as a perversion of their values. And they’re right. Problem is, those values they cling to are antithetical to the survival of humankind.

Having been brought up in a society that encourages men to disregard empathy or any other trait that threatens to prevent them from reaching the finish line first, even smart men are hard put to ignore the time-tested evidence that their power can only be maintained as long as the hunted continue to fear the hunter!

Some simply refuse to step aside for ‘a bunch of girls’ – playground parlance that pretty much reflects the level of thought and empathy that goes into a troll’s gut reaction. They refuse to acknowledge the need to adapt and would frankly prefer to go out in a blaze of glory rather than give up their historical entitlement – and in doing so, demonstrate exactly why men shouldn’t be in charge.

In the struggle to get through their current identity crisis and out the other side, some men are accessing the part of them that’s not bound by outmoded values in a quest to become something “other,” but most are neither that open-minded, nor genetically versatile, so they end up just slumping along, feeling vaguely guilty, incompetent, and unwelcome.

Many socially conscious men are simply lost, as they try to reposition themselves for some sort of success in the modern world. Without any real idea how to adjust, or any sense of their capabilities outside of the default mode, many men feel that they are groping in the dark. They don’t get any respect from their more traditionally-minded male counterparts. and it becomes clear pretty quickly that many women – having been raised in the same patriarchal system, are also systemically brainwashed to disregard or even scorn powerless men. 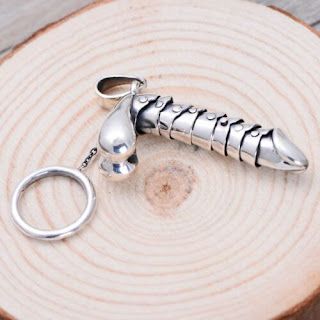 There’s Nothing More Worthless than an Old Key

For guys who are consciously or unconsciously trying to conform to the new reality, there is a basic push-pull going on that often has a negative impact on their sense of self worth. The state of confusion frequently leads to aggression, uncertainty, lethargy, and self-loathing. Caught in a lose/lose conundrum, many young men choose to drop out entirely, retreating to virtual worlds where they at least still have the illusion of power.

In order to stay in the game and remain relevant, men need to learn to hand over power without acting out and breaking things. This is just one of many survival skills they must develop and embrace in order to make it through the 21st century. Leaving aggression behind takes more strength and courage than clinging to it. And it can be empowering rather than debilitating to know they are doing it for the greater good of society and the planet. If humankind is going to survive, this is a necessary next step in our evolution. Men need to learn to embrace it. 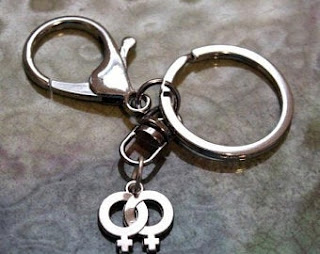