Is This the End of the Genre Ghetto?

The Tradition of the Genre Ghetto

As much as I’ve always wanted the respect that “literary” writers get, I’ve always lived on the outskirts. Denying that I was a genre writer was pointless. But from the 70s through the 90s it was a bit like saying I grew up in a trailer park. Admitting I wrote horror painted a picture of a trailer so far out in the sticks that you can only get there when the ground is frozen.
In the literary world, genre has always been a dirty word. It has a recognized place in children’s lit and YA, but we were always expected to outgrow fantasy-adventure stories before we started university.
Adult fantasy, horror, and science fiction (and even romance) was the sort of stuff we were expected to be embarrassed about, like watching porn or wearing adult diapers.  Since I was a kid, genre books aways occupied shelves on the outer perimeter or at the very back of book stores, hidden away from the traffic lanes. 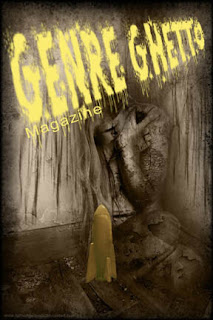 The Coming of the Paradigm Shift

But recently, things have changed on bookstores. Genre books seem to have been pushed entirely out, as literature and best sellers took their place on the perimeter shelves  – while the middle of book store filled with giftware, candles, blankets, cutting boards and oven mitts.

As much as it seemed like the disappearing genre sections in book stores heralded the complete dismissal of genre books, it’s actually been a bit of a Godsend. Genres were forced to embrace electronic formats, while the more traditionally respectable books clung to their older hardcopy formats and are at risk of becoming, like old people who can’t adapt to new realities, irrelevant and obsolete.

Bestselling genre books are as rare as ever, now usually only existing in relation to the movie, tv series or video game that has been adapted from them. Some books are written to tie in with other media – although that sort of backward process seldom results in notable books.

Genre books have started showing up on the review pages on remaining major newspapers and magazines, inspiring me to wonder if this is the end of the science fiction ghetto so despised by folks like Harlan Ellison and Judith Merril in previous generations.

Everything New is Old Again

I might believe that genre has finally ascended to a new level of respectability, if it weren’t for the fact that it’s harder than ever for writers to make money from writing – inside or outside of the genres.

Writers are still lucky to make trailer park salaries. Only the most prolific of writers can actually make a good living doing it. Hmmm. Sounds just like descriptions I’ve read of writers toiling for the pulps in the 1950s. The more things change, the more they stay the same, right?

The hordes of desperate young writers continue to grow – all still trying to create blockbusters while learning to write really, really fast. The habits they’re forming are exactly the opposite of the behaviour that’s likely to produce masterpieces.
Even that Catch 22 is eerily familiar.
So I thought about it some more and came to the conclusion that…
well, welcome to the ghetto, kids. It’s not nearly as disheartening here as it may seem. Lots of great writers live in these parts, there’s a flying saucer landing pad just down the street and the place is just filled with dreams. Overflowing with dreams.

fantasy fiction ghetto genre
Psychedelia Gothique - Dale L. Sproule
I write literature of the fantastic. My short story collection, Psychedelia Gothique is mostly psychological horror. My just released novel, The Human Template is available through most online book retailers - and book two of the diptych, The Carnivorous Forest will appear in 2021. https://www.dalelsproule.com As a book reviewer I have written for Rue Morgue Magazine and AE Science Fiction. As a visual artist, I have illustrated books and magazines and have carved numerous sculptures out of stone.