October 01, 2018
I've added a page to this blog to let everyone know that an Avenging Glory Website is on its way. And hopefully to give you an idea of what to expect from it.

I hope to have fun with it in a way that hasn't been possible on most of my other websites. I intend for it to be more interactive, and have a few ideas about getting people to participate. 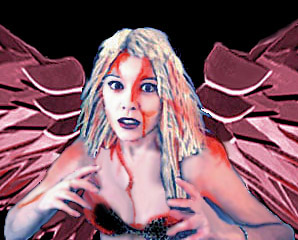 My Razorwings website in the 1990s featured an attempt at turning my story into a graphic novel.

The biggest problem was that it took about 10 minutes to load the entire website and two minutes more to open each individual page after that. I can take the optimist's view and say I was way ahead of my time - or I can own up and admit, I was in way over my head. 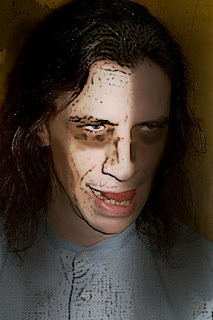 It was a nice idea that had huge problems. Not the least of which was being a mediocre artist working in a new medium (primarily photography and Photoshop and trying to use that medium to tell a bigger story than it was capable of telling at the time. I tried to tell the story entirely in panels - Photoshopping models into location photographs from around the city (Victoria) where I was living.
Every page took weeks to put together.

It might have worked as an illustrated book - one illo per ten pages of text, if I'd had the wherewithall to team up with an artist or artists who did have the chops. All in all, I came up with five to 10 images (out of about 80) that it was moderately happy with.

I did appreciate the people who did help me out with the Razorwings website, by posing for shots - most of which are long lost on some forgotten media.
So thanks again, to all the people who volunteered 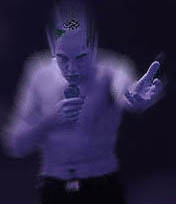 to appear in Razorwings (full names where I can remember them): Sam (who was Jaynie Razorwings), John Bowen, John Van Rijs, Alan, Peter Halasz, Sheena Sproule, Jason Harlow, Sally McBride. If anyone knows and can remind me of the full names of the ones I missed - please do!

And rest assured that I will not be doing a ton of graphics on the Avenging Glory website.

We'll see how much I learned from my earlier failures - when the site materializes - probably in early 2019 (another thing I learned was not to rush myself).

In the meantime, I'll continue to give out tastes of what's to come, and probably give away some free copies of Psychedelia Gothique in the process. I will also be publishing a couple brand new story collections in the coming year. Tentative titles include Psychedelia Noir, Psychedelia Macabre and Army of the Razored Woman: Gallowrat's Tale.

historical Razorwings website
Psychedelia Gothique - Dale L. Sproule
I write literature of the fantastic. My short story collection, Psychedelia Gothique is mostly psychological horror. My just released novel, The Human Template is available through most online book retailers - and book two of the diptych, The Carnivorous Forest will appear in 2021. https://www.dalelsproule.com As a book reviewer I have written for Rue Morgue Magazine and AE Science Fiction. As a visual artist, I have illustrated books and magazines and have carved numerous sculptures out of stone.