The Demands We Put on Ourselves 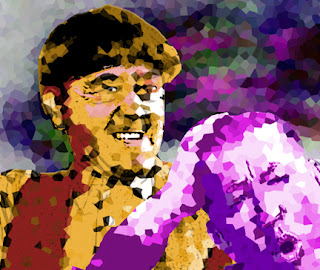 As a writer, I don’t demand nearly enough from myself. Most especially, in terms of word count. Regular production is absolutely necessary to nurture both the quality and quantity of work. And my fiction output just isn’t significant enough. I may write 400 words a day – but much of it is usually spent revising the previous days output. I cut the original back to 200 and add 200 more. For a total gain of… Couldn’t be zero, could it? No wonder I’m not getting any novels finished. I need to reset the production requirement to 400 original words. Or 1,000! But even if I can’t do that, even if my usual method only produces 200 words a day – when all is said and done, it enables me to finish a 3000 word short story in just over two weeks. Which is about what I actually accomplish.
Between job-hunting, freelancing, blogging, and non-fiction/content production, I put out the equivalent of a couple short stories per month.
My biggest artistic goal this winter, is “getting a story into the Exile Anthology of New Canadian Comedy.”
Both editors were fans of “Nunavut Thunderfuck.” Claude Lalumiere was instrumental in the change from the old boring title to the current one. The words were in the story, I just hadn’t recognized them as a great title. So Claude is clearly a shrewd editor of comedy.
And Corey Redekop is not just a rising star in the literary arena, he’s also one of Canada’s most active and charismatic promoters of fiction in any guise, and based entirely on electronic encounters, he seems to be a funny guy..
Even Exile publisher, Michael Callahan, was a fan of that story.
So when the comedy anthology was announced, I decided that if I want to be taken seriously as a nutbar writer, I need to have something in there.
Voila. I came up with an idea and started writing. Ta-da, It took me two weeks to produce “Rated F for Family” and it was good.
But not fucking good enough. Corey and Claude turned it down. Now what?
Task one: look at the story and figure out why they turned it down.
I had aimed for a sort of Canadian George Saunders vibe. But achieved a strange sort of Hallmark meets Red/Green patina. More Wayne and Schuster than Kids in the Hall. Strangely old fashioned and not consistently funny enough. Kinda sweet.
What? Wait. I don’t do sweet. But… there are places in the story where that works – and places where its folksy and literary aspects are perfectly balanced and there are some good laughs. Well, maybe chuckles. Or at least smiles.
Damn you editors for making me so freaking self-critical! Damn you for making me try again!
On the other hand, I still have a week left.
And I’ve started working on a genuinely subversive story about the psychedelic state that incorporates onomatopoeia and synesthesia and makes me laugh out loud. It will almost certainly appeal to a much smaller demographic than the other story – but that’s what I get for using my own voice rather than trying to tap into the style of George Saunders.
Will I get it done by Feb. 7? I don’t know. But it might be okay anyway, since THIS time I grabbed a brain and conceived of the story as having TWO potential homes. There’s an American anthology called Ghosts on Drugs that pays six cent a word US. That’s more than The Exile Anthology. This is a no lose proposition.
Unless, of course, neither of them like it. Then I’m back to square one. With a really hard-to-market story and a bag fulla blues.
Not like that hasn’t happened before.
Fucking editors…
Psychedelia Gothique - Dale L. Sproule
I write literature of the fantastic. My short story collection, Psychedelia Gothique is mostly psychological horror. My just released novel, The Human Template is available through most online book retailers - and book two of the diptych, The Carnivorous Forest will appear in 2021. https://www.dalelsproule.com As a book reviewer I have written for Rue Morgue Magazine and AE Science Fiction. As a visual artist, I have illustrated books and magazines and have carved numerous sculptures out of stone.