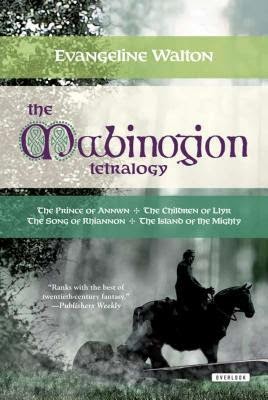 Having written horror fiction for most of the last 30 years, it never occurred to me how much I was influenced by my favourite fantasy authors, but in the course of writing The Goblin's Cloak, a couple of influences in particular have come to my attention – and they are not the usual suspects. Anyone writing epic fantasy in the 21st century is obviously going to owe a debt to J. R. R. Tolkien. Publishers spent most of the last half of the 20th century looking for the next Tolkien and even if fantasy written during that period did not consciously draw on Lord of the Rings, we were all influenced by it in some way.

But my major influences were considerably more obscure. Evangeline Walton wrote most of her incomparable Mabinogion tetralogy between 1920 and 1940 – even though most of her books were either obscure or unpublished until released as part of the wonderful Ballantine Adult Fantasy series in the 1970s. Her books were wonderful, rich, compassionate retellings of Welsh myths. Her books instilled in me a love for Celtic mythology that inspired me to set The Goblin's Cloak in Iron Age Scotland. 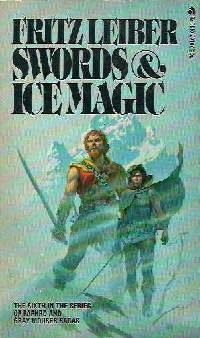 But my biggest influences were two sword and sorcery heroes who inhabited the decadent world of Nehwon in a city called Lankhmar. These heroes were named Fafhrd and the Gray Mouser - a giant and a thief who were featured in a series of novelettes by the incomparable Fritz Leiber.

If you were as much of a fan of those two characters as I was, you may catch glimpses of them, or at least inverted images of them in my villains, Erik and Dhammalion. Any conjuring of them was completely subconscious and inadvertent, as was any oblique references you may catch to the mouser's patron, Ningauble of the Seven Eyes. But as unintentional as my homage may be, I can pretty much guarantee I would never have even attempted to write a sword and sorcery novel if I had never encountered those two particular characters.

If you like fantasy and you are not familiar with Fafhrd and the Gray Mouser, I urge you to visit your favourite book retailer now and give yourself a real treat. And while you're there - pick up another of the most unheralded masterpieces in the genre with Evangeline Walton's Mabinogion tetralogy.
Psychedelia Gothique - Dale L. Sproule
I write literature of the fantastic. My short story collection, Psychedelia Gothique is mostly psychological horror. My just released novel, The Human Template is available through most online book retailers - and book two of the diptych, The Carnivorous Forest will appear in 2021. https://www.dalelsproule.com As a book reviewer I have written for Rue Morgue Magazine and AE Science Fiction. As a visual artist, I have illustrated books and magazines and have carved numerous sculptures out of stone.