Skip to main content
July 05, 2013
Just joined Wattpad. What a wonderful interface between writers and readers.

Probably made a mistake with the selection of stories I chose to upload, though. One is the most adult (and scariest) story I've ever written. And Wattpad immediately slapped a restricted rating on it. Well deserved I might add, since this is the story that made the husband of one of my co-workers demand that she quit her job because he didn't want her working with such a pervert. What can I say? It's just a story! Is Stephen King a serial killer or Satan? I think not. And nor am I a twisted psychopath, despite the assumption that this one man leaped to...?

The story is called "The Onion Test" and it was first published in Pulphouse: The Hardback Magazine Volume One in a limited edition of 200 copies. Although it was deemed worthy of appearing in the same volume as stories by Harlan Ellison, Kate Wilhelm and Charles de Lint, although it got excellent reviews at the time and although a number of editors thereafter expressed an interest in republishing it (none of them had the nerve to actually follow through) it has never again seen the light of day. You may read it and decide that's a good thing. So be warned. It is extreme. 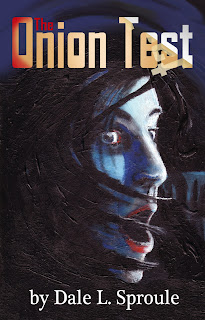